Not really sure if a recipe banana bread needs a long complicated backstory. It’s a sweet cake/loaf made with very ripe bananas. If you have a couple of bananas that are looking a little past their best, don’t throw them away make some banana bread. A really easy recipe that it’s almost impossible to heck up. Enjoy

The best banana bread you will ever make 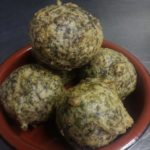 This is our new blog. We’ll be posting recipes and thoughts here from time to time. It will be for when we have something that’s too long or complicated for social media. Follow us to be updated whenever we post something new